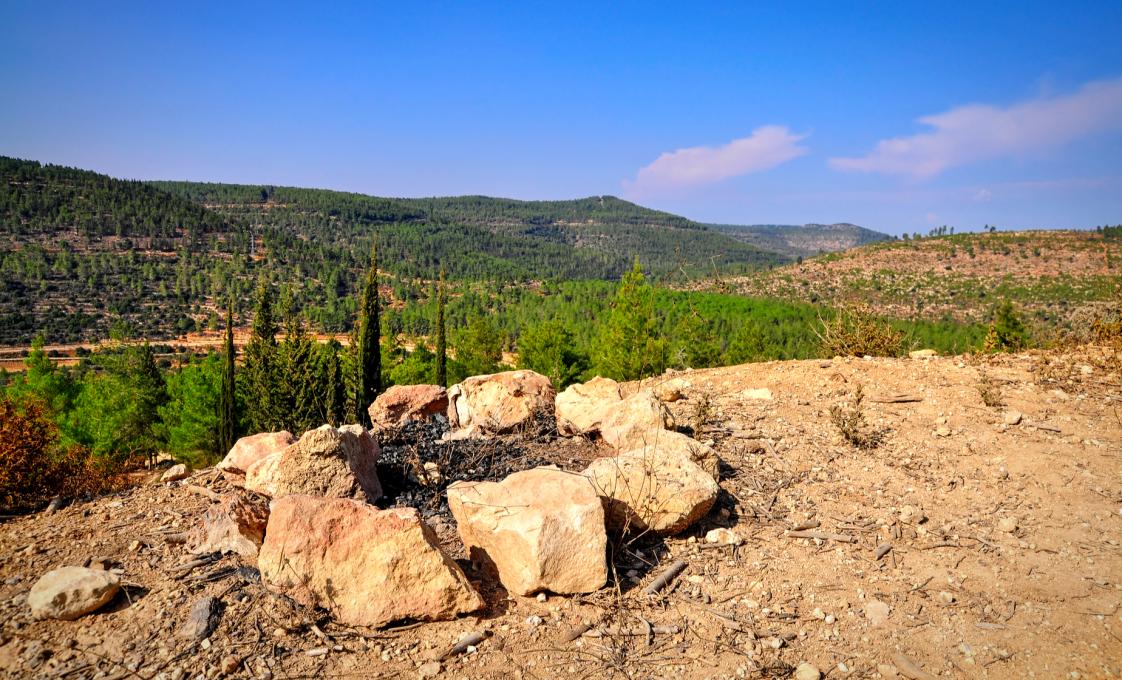 A truly distinctive experience exploring the heart of the Upper Galilee awaits you on this full day tour that combines the charm of Safed, the historically significant Golan Heights and the chance to witness first-hand a slice of everyday life in a kibbutz.

You'll be forever glad you chose this truly distinctive Holy Land tour experience exploring the heart of the Upper Galilee on this full-day private tour. It combines the charm of Safed, the historically significant Golan Heights and the chance to witness everyday life in a kibbutz.

After meeting your professional tour guide on the pier in Haifa, they will drive you to the northern Israeli town of Safed, approximately 90 minutes away, via the famous route described in James Michener's book, "The Source." Located 3,200 feet above sea level in the mountains of the Upper Galilee, this somewhat modest-sized community is also the highest city in Israel with magnificent commanding views east to the Golan Heights, north to Mt. Hermon and Lebanon, west to Mt. Meron and the Amud Valley, and south to Tiberias and the Sea of Galilee. Historical sources indicate that Safed was founded in the 2nd century A.D. during Roman times, and local legend is that the city was founded by one of Noah's sons after the great flood. During the 13th century, it became the center for many Jewish scholars who founded the Zohar and Kabala theories. Today, Safed has seen a rebirth and resurgence of popularity, becoming once again a center for Jewish learning. This utterly charming mountain enclave, with its quaint cobblestone streets, has also gained a reputation as being a haven for artists. Your visit in Safed is approximately two hours and includes a visit to the town's vibrant artist colony as well as the ancient Synagogue Quarter.

Leaving Safed, you will make your way down from the mountains toward the Sea of Galilee, along the way passing Kurazim, a village that was famous during the time of the Second Temple, the Mishna and the Talmud. Enjoy a picturesque view of the tranquil waters as you travel along the shore before crossing the Jordan River and ascending to the Golan Heights. During Roman times and throughout the Byzantine period, cultural and religious centers flourished here and permanent Jewish settlements, including Kfar Harub, existed until the Islamic conquest. Kfar Harub has since become Kibbutz Kfar Haruv, which was resettled by Americans in 1973.

The afternoon segment of your tour includes a scenic 45-minute drive through the countryside, passing Hamat Gader, known for its hot springs, and for being the international point where the borders of Syria, Jordan and Israel meet. A final stop will be made at the Yardenit baptismal site where the Jordan River separates from the Sea of Galilee. In this naturally scenic and symbolic setting, pilgrims from around the world come to perform baptismal ceremonies. During the relaxing 90-minute journeys back to Haifa, pass by Beit Shearim, the well-known 2nd century Jewish burial ground.

Please Note: Vehicles available for this tour accommodate groups of up to 45 guests maximum. Groups with more than 22 guests may be accommodated upon request. Please take this information into consideration when booking.

We are experts in providing exceptional shore excursions. We understand that in today's fast paced world, vacations have become an increasingly important way to relax, reconnect with family and friends, and experience new and interesting places. With this in mind, we provide the highest quality tours by performing extensive research, and detailed reviews. While other companies also offer excursions, we strongly believe our expertise and approach set us apart. The large cruise lines sell shore excursions - typically in very large groups visiting high traffic sites. We focus on smaller groups visiting more interesting and authentic locations using more personalized local operators. While the cruise lines are experts in delivering cruises, we are experts in delivering shore excursions.

Our Approach
We believe quality service is not only highly valued by customers, but ultimately leads to better experiences and higher satisfaction. Unlike the cruise lines and other tour companies that rely almost entirely on websites, we encourage customers to call us. We want to invest our time answering your questions, providing input, and selecting the excursions that best meet your needs.

Our Tours
Our goal is to provide customers a wide array of exciting, appealing, and enriching tours. For those customers who prefer to travel in smaller groups with more personalized service, we offer a wide variety of small group tours around the world. These tours generally range in size from 2-12 people compared to larger tours which can number up to 50 people. While exploring the destinations and ports on this website, feel free to search for these "Small Group Tours". For those customers interested in private tours, we offer many outstanding excursions that allow you to travel with your party alone and, in many cases, to fully customize your tour. Search for "Private Tours" if you are interested in this experience. Our "Scenic" tours provide up close and personal access to some of the most spectacular natural environments on Earth from majestic glaciers in Alaska to spectacular reefs in the Caribbean. Our "Cultural" tours allow customers to experience local customs, entertainment and culinary delights ranging from tribal dances in Alaska to an outstanding local meal in Santorini, Greece. Our "Active" tours offer a multitude of exciting and adventurous ways to experience our destinations. Our customers can kayak the turquoise waters of the Caribbean, hike to a spectacular waterfall in Hawaii, or bicycle through quaint villages in France. Our "City" tours allow travelers to see the highlights of great cities around the world with unique insights provided by our expert tour guides.

Our People
In our experience, exceptional travel experiences are almost always delivered by exceptional people. With that in mind, we utilize a comprehensive approach to select and employ the leading tour guides and tour providers around the globe. We hold our people to very high standards which we measure by our comprehensive Quality Control process and, most importantly, by our customer feedback, which we will actively seek from each of our customers.

Our Owners
Shore Excursions Group is owned by seasoned travel executives possessing extensive experience across many sectors within the travel industry.

Michael Bonner
Mr. Bonner has over a decade of experience working in the cruise industry in a variety of roles for both Royal Caribbean Cruises Ltd. and Viking River Cruises. Most recently, Mr. Bonner was the Chief Operating Officer for The Scholar Ship, a Royal Caribbean program aimed at providing college students onboard educational programs in conjunction with enriching shore excursions around the world. Mr. Bonner also helped co-manage Viking River Cruises U.S. Operations, and he ran the corporate, strategic, and deployment planning functions at Royal Caribbean. While at Royal Caribbean, Mr. Bonner was responsible for forming Royal Celebrity Tours, Royal Caribbean's land-based tour operation in Alaska, which takes cruise passengers on multiple day tours through the interior of Alaska either before or after their cruises. Prior to working at Royal Caribbean, Mr. Bonner was a consultant for Booz Allen & Hamilton.
Less
from $90.00 (USD)
Per Person
Contact Us
Tour Type
Private
Group Size
Private
Activity Type(s)
Cultural
Tour Duration
10.5 Hours
Activity Level
Moderate
Tour Leaves From
Cruise Ship Pier
Food/Beverage Provided
Not Included
Special Instructions
As you will be visiting religious or memorial sites, your head, shoulders and knees must be covered. Comfortable, sensible walking shoes, sun glasses and sun screen are recommended.
Restrictions
There is a moderate amount of walking, at times on an incline and some steps to negotiate in the synagogues. The order of the site visits may vary.
Terms & Disclaimers